Stop the rot in pawpaw

If you grow pawpaw, you’ve likely seen the telltale signs of rot at some point, especially during winter. When the fruit begin to colour, small, black, mouldy circles appear that develop into gaping sunken ulcers as the fruit ripens, leaving behind very little edible flesh to enjoy. It’s heartbreaking! Thankfully, there’s a simple solution.

Pawpaw rotting is caused by a disease called anthracnose, caused by the fungus Colletotrichum gloeosporioides. The spores germinate while the fruit is still green, remain inactive until ripening begins, and then boom, they take off!

Often, fruit that ripens earlier in the season, from late summer to autumn, are rarely troubled, but those that ripen in winter generally get hammered by the disease. This suggests that pawpaw can’t cope with the cold, which makes sense, because they are true tropical plants. In a warm climate like Bali, you could enjoy ripe pawpaw all year round. But in cooler zones, these plants lose their leaves in winter and become weak, unable to deal with disease.

People often worry about the appearance of their plants at this time of year, thinking they’ve died. While it is a huge setback, rest assured, they’ll soon come back to life in spring. If the plants are positioned in front of a north-facing brick wall, where they can soak up some lovely thermal heat in winter, they may just hang in a little longer when the cold conditions set in.

How to stop it

So how can you save your rotting fruit? You don’t need to use chemicals; instead, submerge the fruit for 10 minutes or so in water that’s been heated to about 50°C. This is the general temperature you can expect from your hot water tap, but it pays to check it with a thermometer first. The heat will kill the fungus and stop the ugly lesions in their tracks. For best results, pick fruit as soon as they show the smallest patch of colour, give them the hot-dip treatment, then leave them on the kitchen bench to continue ripening.

Get more clever tips for your vegie patch and home orchard in the June 2022 issue of ABC Gardening Australia magazine, out now. 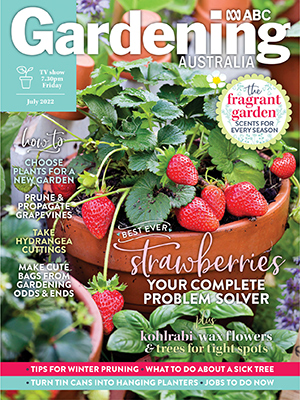 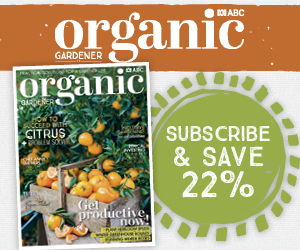