A well-managed wisteria coming into bloom is a sight to behold. If yours is looking a bit ordinary, you might need to sharpen the way you train and prune it. Here are some tips for keeping wisteria in good shape.

The best time to prune wisteria is in late spring or early summer after flowering has finished and the new season’s growth has hardened up. Shorten the stems by cutting them back to about 15cm, leaving 4–6 buds on each stem. These will produce flowers in the following spring. Wayward growth and unwanted tendrils can also be removed in late summer or in autumn. During autumn, remove or shorten excess and wayward stems, or tie them to the climbing support they are growing on. Dead or unwanted growth, along with suckers at the base of the vine, can be removed at any time.

Wisteria is extremely vigorous, and becomes invasive as it reaches for new growing space. It can force its way into roof spaces, detach downpipes, block gutters and scramble over other plants, especially trees, as it seeks sunshine. While wisteria looks spectacular in flower cascading out of a tree, this should be discouraged. Once it gets into a tree it is very difficult to control and can grow further into unwanted places. The weight of the wisteria can also cause the tree’s branches to break, and, as wisteria grows by twining, it can strangle the tree, too, causing it to slowly die, leaving you with a dangerous and expensive problem.

Rather than allowing wisteria to grow where it wants to, the best way to enjoy wisteria blooms is by training the climber onto an arbor or archway. This is an ideal way to experience the profusion of hanging mauve flowers and their heady vanilla scent, while keeping the plant under control. Wisteria can also be trained as a weeping standard with a single trunk supported by a very strong metal stake, or grown horizontally along a wall or fence as an espalier. However you go, the good news with wisteria is that it tends to require less pruning as it ages.

For more advice on pruning, including tidying up winter-flowering plants for next year and preparing others for a late spring and summer flush, check out the illustrated guide in the September 2021 issue of ABC Gardening Australia magazine, out now. 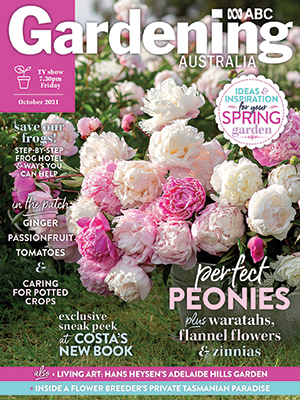 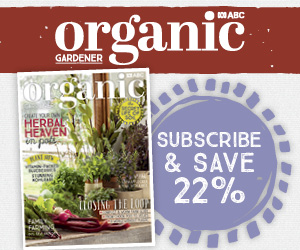 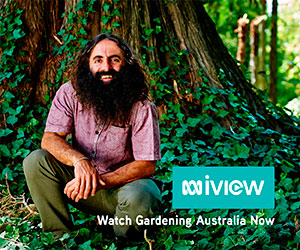